Our second single has an unmistakeably summery and upbeat feel. The reason for this is that my guitar is not in standard tuning. 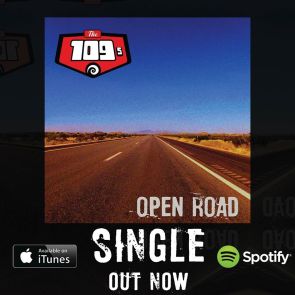 I stumbled across the open G tuning (DGDGBD) while studying Keith Richards’s guitar style, and it allowed me to learn not only songs such as Brown Sugar and Honky Tonk Women, but the slide guitar technique also.

The studio version of Open Road uses two simple recording techniques to add dynamism: I played the opening of the song with my guitar turned down, which provides the unusual tone and allows me to swell the volume as the real song begins; and I used the old Pete Townshend trick of hitting a chord and then switching between pick ups on the guitar during the breakdown after the guitar solo, which creates the odd panning effect. 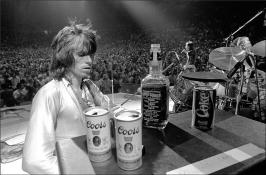 As for the rest of the song, the main riff is played with a glass bottleneck; elsewhere, I use uses a variety of styles – drone strings on verse; Keith Richards flourish on bride; arpeggios on chorus – to emphasise the open tuning’s unique sound. For the guitar solo I used a lot of tricks I learned from Mick Taylor, while for the outro I kept Dinosaur Jr’s Freak Scene very much in mind.

The rhythm section is especially punchy and pleasing on this song (a testament to Steve and Pete’s playing as well as Jason Wilson’s production) and the lyrics and vocal melody perfectly complement the music’s mood.

The release of this second single served The 109s well: it proved to radio stations that our first single was not a flash-in-the-pan; it brought us our first written reviews, all of which were very positive; and it opened doors to our first major festival dates.